"The Future Of Enterprise DLP Is Bright With GTB" 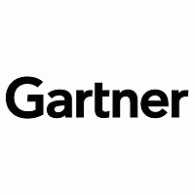 Gartner Peer IT Services Associate
IT services
"GTB Technologies DLP Solution A Step Above The Competition & Support 3 Steps Above."

Since mid 2017, the Gartner Magic Quadrant for DLP is No More

The report assesses the competing players in the major technology markets and details how they’re positioned to help companies with the most pertinent IT challenges.

But in 2017, something interesting happened. Gartner discontinued their Magic Quadrant report of DLP. From then until this very day, DLP is covered by a separate Market Guide report.

What caused this shift?

Well according to Gartner analysts, the DLP industry had reached a plateau over the past several years and was no longer yielding the dynamic approaches needed by modern companies. In a 2018 paper, the firm wrote that “many in the market overstate the simplicity of deployments, the level of out-of-the-box accuracy in identifying content and visibility, and the control over all applications.” As the paper concluded, this combination of overly complicated platforms and lack of delivery–both fueled by an inability to understand enterprise data needs–has created a bleak scenario: “organizations continue to struggle with DLP deployments” and are unable to integrate DLP into a broader “security context.”

This assessment merely confirms the message we at GTB have been warning about for years. The inaccuracy of detection and complexity of traditional tools will render them non-viable options for firms looking to operate in the fast-past, data-saturated business environment of today.

This is why GTB insisted on making things different.

GTB’s Data Protection that Works platform offers a modularized approach to data loss protection. This means that companies are able to integrate the system into their current toolset seamlessly and without disrupting the operational flow. Taking a common business platform as an example, Microsoft Office 365, the cloud-based system easily incorporates GTB’s Cloud DLP adding advanced features including fingerprinting, watermarking, and image analysis (OCR), all in one short set up. Typical deployed time takes a mere 30 minutes. A typical implementation is up and running in less than 30 minutes.

GTB also makes data loss protection functional for companies by providing super accurate detection. Using artificially intelligent algorithms, GTB hones in on potentially compromising activity by learning a system and understanding the unique behavior of the network. This not only produces super accurate threat detection but essentially eliminates false positives, which means the IT department is no longer spending countless hours chasing its own tail.

Forcepoint Investor - Private Equity
"I head the Investment and Strategy team at ###. I have been working closely with Forcepoint,...

They are highly impressed with GTB’s all-in-one DLP solution and its ability to discover, classify, detect, and protect companies from threats in a seamless manner.”
100% Catch Rate .... You Bet!
We give this product our SC Lab Approved rating, the highest recognition we offer.
If you have sensitive information on your enterprise, you need GTB –
if for no other reason than that you’ll sleep much better knowing your data is protected.
Peter Stephenson, SC Magazine
SC Lab Approved, the highest recognition we offer
City & County of San Francisco
"Each department faces unique regulatory challenges and data security must both protect vital data without interfering with critical business. That's why the City replaced its previous DLP and encryption solution with Avanan Data Protection and Encryption. Within days of deployment, the City saw a 30% improvement in the use of data encryption. " GTB catches the events which others missed! CISO City & County of San Francisco, using GTB Inspector for Data in Motion via GTB OEM Avanan
Best company to work with
GTB continues to be the best company to work with in our entire portfolio. I’m happy for GTB’s great success while still making MIDFLORIDA feel like your most important customer. Please consider me for a reference anytime.
IT Security Manager
Blue Cross ... Meeting our complicated needs
Over the years, our environment has become increasing complicated as we continue to improve our security and data protection posture. GTB Technologies has demonstrated time and time again its ability to be agile in meeting our needs. We have seen other (larger) companies struggle to understand issues and communicate them within their company to work toward delivering a solution. This has not been the case with GTB.
LA Metro
“Security is a large initiative for LA Metro, as we continue to grow our network and infrastructure to meet our growing needs that support those living, working and exploring LA County,” said Los Angeles County Metropolitan Transportation Authority Senior Director of Engineering Richard Bezjian. “Our existing email protection would simply not be enough on its own to deliver the strength of protection required to identify and stop today’s cyberattacks. SonicWall delivers additional security efficacy with a competitive TCO.” utilizing GTB Inspector for Data in Motion OEM solution
Best DLP Solutions 2021
Best DLP Solutions 2021
GTB Is A DLP Market Leader
Our deployed Digital Guardian deployment was failing miserably. The product did not function properly and support was non-existent. The inability to address audit issues, inaccurate data provided by the system, and the lack of reporting prompted us to implement GTB after a detailed evaluation of DLP products.
See report
Best DLP Solutions Provider 2020
Best DLP Solutions Provider 2020
CISO - Global Financial Institution
I can't wait till you go public to buy your company shares!
Winner 2019 Best DLP Solutions
Winner 2019 Best DLP Solutions, the Global 100 program is a benchmark of the very best industry leaders, exemplary teams and distinguished organisations.
Great Job All
From all the DLP solutions we have seen, yours Stands out and I believe you and the team are in for a great one. The new UI is so impressive. Great Job All
Winner - Top Microsoft Solution Provider 2019
GTB Technologies is the Data Protection solution that can prevent the loss of data from Malware and trusted insiders by blocking sensitive data. 2020, January
GTB Gets The W-I-N For DLP In 2019
GTB Technologies was recently crowned the winner of Acquisition International’s cyber security award in the data loss prevention (DLP) category for its anti-malware and insider threat capabilities. AI noted specifically that, “[o]ver the past 14 years, GTB Technologies has delivered unparalleled innovations to the data protection and governance market,” which has culminated in a “data recognition platform that couples the power of proprietary intelligent processes with mathematical science.”

For these reasons, GTB is a top choice among those who take data protection seriously and is used by major players across industries, including finance, healthcare, defense contractors, and government.

Most Advanced DLP
"GTB has one of the most advanced DLP solutions on the market and we are proud to have them as a partner. As soon as we added them to the Avanan Cloud Security Platform we started seeing our customers testing and then purchasing their solution on our platform" Gil Friedrich, CEO Avanan
Click Here
Previous
Next
Posted by Administrator on January 8, 2021 | Featured
Tags: data loss prevention, data security platform, dsp, Gartner, Gartner DLP MQ Report
Comments are closed.
We use cookies on our website to give you the most relevant experience by remembering your preferences and repeat visits. By clicking “Accept”, you consent to the use of ALL the cookies.
Cookie settingsACCEPT
Privacy & Cookies Policy