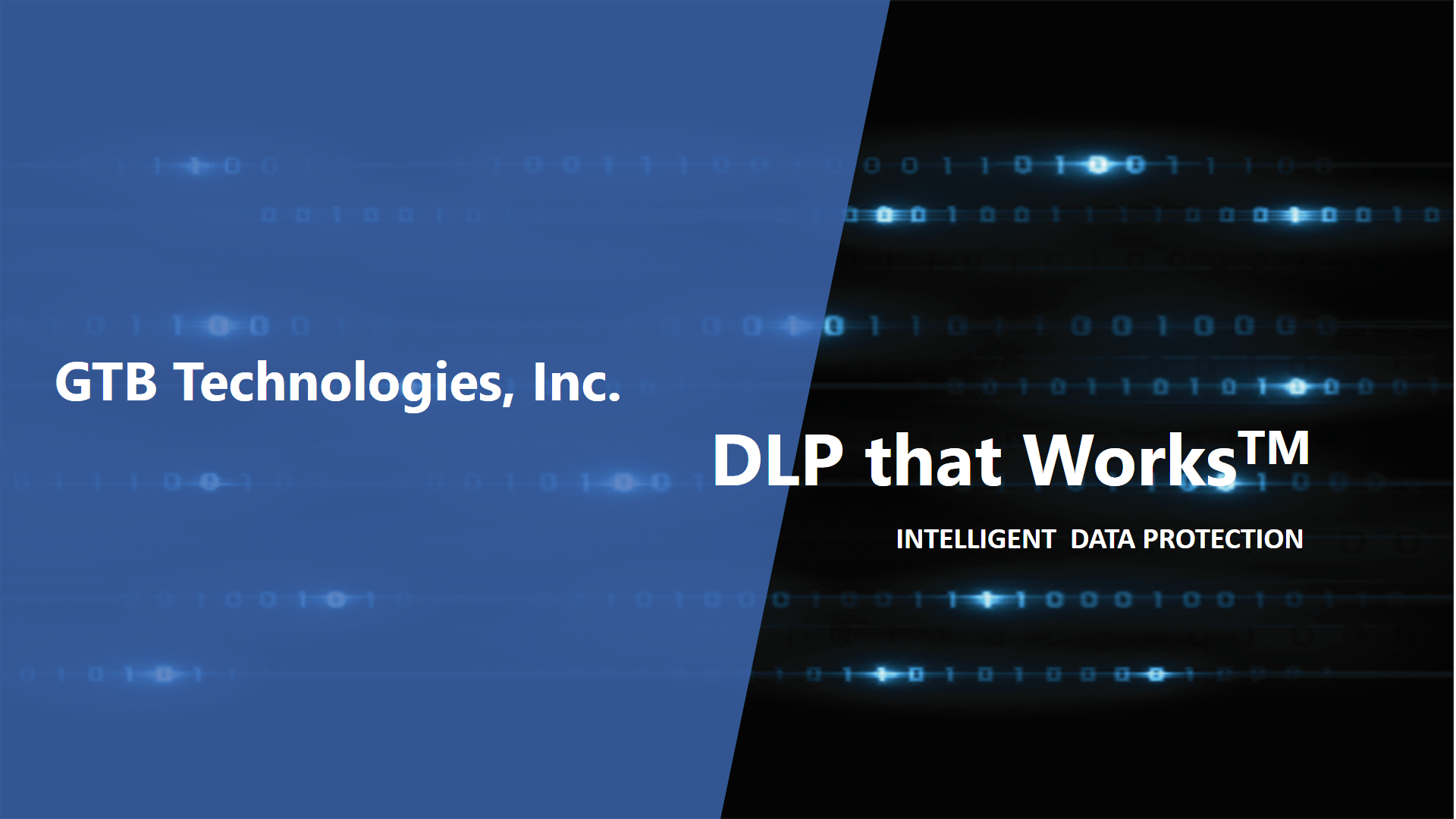 DLP is essential for tracking a company’s volume of data and organizing it within security protocols. This includes classifying files / data streams to determine levels of secrecy and sensitivity, and placing transfer restrictions on data sets / files to prevent the leaking of data to unauthorized locations. This process is essential for mitigating inadvertent data leaks caused by day-to-day employee activity, responsible for an estimated 30 percent of all data breaches.

Astounding advances in GTB’s Data Protection that Workstm technology over the past several years have made DLP and data security capabilities regularly accessible for even the largest of data stores.

Common data security programs rely on pre-set algorithms and regular expression patterns to determine what “sensitive data” is.  This leads to serious issues in identification accuracy, the key to effective coverage.

First and foremost, false positives are produced by an overly expansive and generalized identification approach. Markers that are meant to be specific, but in the context of terabytes of data, end up being highly generic, such as social security, credit card, or routing numbers, add to the pile-up of false positives.

Additionally, false negatives allow important files and data streams to slip through the cracks.  Pre-set programs are incapable of detecting subtleties in content beyond their own algorithmic structure. Even worse, files that have already been flagged as sensitive can then circumvent the program’s security protocols simply by having various elements of the file changed such as format conversion, copying, extracting, embedding, re-typing, compression, or file extension changes.

All of these pitfalls in DLP are largely due to narrowly defined, non-dynamic approaches to identifying relevant data.

Let’s put in on the table:

DLP inaccuracy can be a killer to an organization’s data management. False positives can hobble a business efficiency by placing too many barriers to data engagement and transfer. Collaboration between parties is impaired, and access to important data limited. False negatives leave sensitive data exposed. This leads to requiring additional manual monitoring to keep these files from unknowingly being leaked, taking up additional man-hours and ultimately slowing down the necessary movement of data.

This approach yields a twofold advantage, first by virtually eliminating false positives. Because GTB’s Data Protection that Works solutions’ detection proprietary algorithms are based on intelligent mathematics, the algorithms can analyze data instead of trying to fit it into a pre-determined box.  This allows sensitive data to be accurately flagged based on an increasing number of meaningful markers, honing in on relevant data only.

False negatives are also drastically prevented with these methods. Based on the indicators learned from already identified files and data streams, GTB can track sensitive content even when elements of a file / data stream are changed. An attempted data leak is blocked even after a protected data set is altered from its original form through various functions.