Three Notable Articles In the News about Linkedin

Thursday Edition: Three Notable Articles In the News about Linkedin 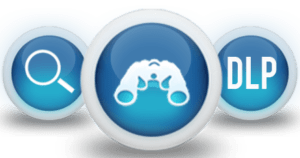 LinkedIn 2012 Data Breach May Have Hit Over 100 Million

LinkedIn says that it is moving quickly to deal with the release of data from a 2012 security breach, which could include 117 million passwords.

LinkedIn breach: Australian bank accounts, emails may have been exposed

Uncategorized
May 19, 2016
Administrator
Comments are closed

View all posts by: Administrator